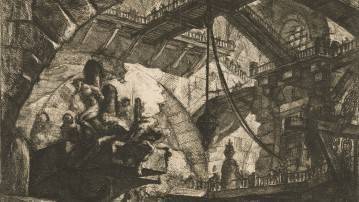 Piranesi and the Modern

The Italian artist Piranesi is best known for his etchings depicting Rome, fantastical buildings, vertiginous staircases, and crumbling ruins. His architectural visions helped to define ideas of modernity in various artistic disciplines in the 20th century and are still influential today. Innovations such as abstraction in painting, montage in film, and strong contrasts in photography are all indebted to Piranesi’s art. They make him fundamentally modern, just as they make modernity “Piranesian”